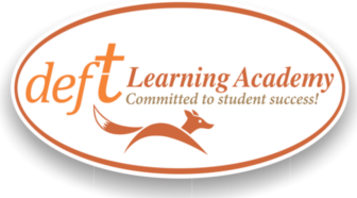 This web page provides information about the well-documented phenomenon known as
‘Summer Learning Loss’, which is the loss of academic skills and knowledge over the course of an extended summer vacation.

Below are some of the key findings – from a number of studies – that have been conducted dating as far back as 1906 of the academic effects an extended summer vacation has on children. Although many of the reports cite findings from studies conducted in the U.S. (‘Summer Learning Loss’ is not a geographically-restricted phenomenon), similar observations would naturally associate with a Canadian study sample.  While many factors influence the absolute loss experienced by each student, reasonable estimates range from one to three months (of loss). It’s worthy to note that while North American students enjoy two months (or in some cases, longer) of summer vacation, students in other parts of the world (Germany, the U.K., Singapore, as examples), are out of school for six weeks at the end of each academic year. This confirms that two months is too long a contiguous period of time for a Primary or Secondary school student to be away from structured academics. Students simply forget things they’ve learnt during the previous school year.

A few summarized elements of the research findings follow:

- All young people experience learning losses when they do not engage in educational activities during the summer. Research spanning 100 years shows that students typically score lower on standardized tests at the end of summer vacation than they do on the same tests at the beginning of the summer. (White, 1906; Heyns, 1978; Entwisle & Alexander 1992; Cooper, 1996; Downey et al, 2004).

- The majority of students lose about two months of grade level equivalency in mathematical computation skills over the summer months (Cooper, 1996). More than half of the achievement gap between lower- and higher-income youth can be explained by unequal access to summer learning opportunities. As a result, low-income youth are less likely to graduate from high school or enter college (Alexander et al, 2007).

- Parents consistently cite summer as the most difficult time to ensure that their children have productive things to do. (Duffett et al, 2004).

Below are links to information on the ‘Summer Learning Loss’ phenomenon.